Let's create something that you will be really proud of.

You’ve written songs you believe in, you have a vision for the sound, so now it’s time to put your music into the hands of someone else.

On your recording I bring all my resources as a session guitarist/multi-instrumentalist to help you turn your vision into an amazing sounding recording that you and your fans can enjoy for the rest of your lives.

My usual process is to take your scratch or bedtrack and orchestrate a few layers over top. These might include a different acoustic rhythmic layers (some combination of ac. guitars, mandolin, resonator, banjo) and some electric guitars.

If it feels right I may double a strumming or melodic part to widen the mix. Some songs might need a melodic hook or riff. Some tunes need a great solo. I’m happy to work with you to find the right approach.

If you only need a single part – that’s fine too. I’m happy to do whatever suits the project the best.

I record in a professional studio with a world class analog recording chain. The room is tuned for studio recordings. The gear list includes beautiful mics, preamps, instruments, and guitar amps.

One aspect of collaborating online that not everyone thinks about is file management. I name and deliver your files in a super organized and easy way so they’re ready to drop into your mix.

NOT SO OBVIOUS STUFF

If the songs warrants it, I have a large musical and technological toolbox for creating atmospheric and textural sounds that can give beautiful dimension and depth to your songs. It’s part of my sound and something many of the artists I work with really appreciate.

Included for free are three rounds of revisions. You will receive a link to a rough mix of your song with my parts added.

My goal is for you to be 100% happy with your recording. In the very unlikely event that we can’t get the guitar parts sounding how you want, then I will give you a full refund (prior to downloading individual files).

Here's what is NOT included

These are the things that are not included in the price, and should be completed by the producer or engineer. If needed, I offer most of these services at an extra charge.

This includes adding other instruments to your song (such as drums, bass, keyboards), detailed song feedback and arranging,

If there is an issue with the files you send me, I cannot edit them.

I will send you a rough mix of your song with my parts added, but that is for reference only and not intended to be a polished mix.

The Process and Timeline

This is where you are now. I’ve sent you this lovely proposal and now you’re reading it with your own eyes!

This proposal gives you an overview of what is included, what is not included, what to expect, the timeline, the investment, the next steps, and the terms and conditions.

Once you’ve had a chance to look everything over, you can sign the proposal below and follow the link to pay the balance.

After paying balance, I will send you an email with upload instructions.

I will send you a rough mix of your song with my parts added. If there are any revisions, you’ll be able to mark them in FilePass.

If everything sounds good, the session is now complete, and you can download the individual files and drop them into your mix.

The number you've been waiting for

Everything looks good to you? Great! Here’s what to do next:

Thank you! Please pay the deposit using the link below. 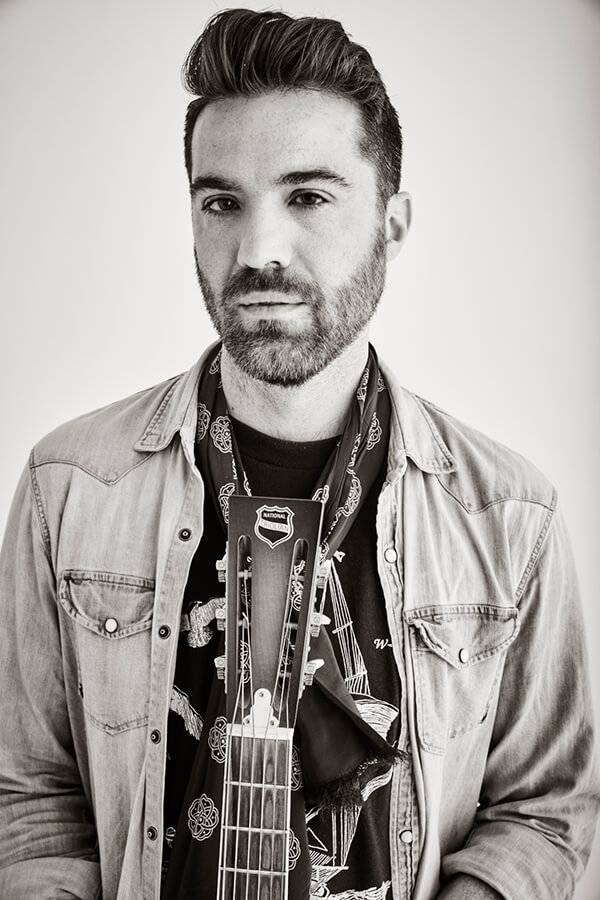 Joel is a guitarist/producer and composer based in Toronto, and a unique voice in the Canadian and American music scenes. He specializes in electric guitar.

As an in-demand freelance musician, Joel has collaborated with a diverse range of artists. Recent credits include Birds of Chicago, Amelia Curran, Matthew and Jill Barber, Great Lake Swimmers, Royal Wood, Jessica Mitchell, Aviva Chernick, Andrea Koziol, Dione Taylor, Lydia Persaud, Jadea Kelly, and many others. He is thrilled to sometimes play mandolins and guitars in the original hit musical, Come From Away.

Joel studied jazz performance at Humber College and has trained with some of Canada’s most celebrated jazz players including Don Thompson, Ted Quinlan, David Occhipinti, Jerry Granelli, and Don Palmer.